This article is concerned with the theme of time as an important commodity. With an analysis of Seneca’s ‘On Saving Time’ a short letter to Lucilius, Seneca’s friend. I pick out statements from the letter and give my own commentary on them with a conclusion at the end of the article to finish off.

“Continue to act thus, my dear Lucilius – set yourself free for your own sake; gather and save your time, which till lately has been forced from you, or filched away, or has merely slipped from your hands” -Seneca

Seneca mentions that time has been ‘forced from’ Lucilius and advises his friend to cherish the time he has and to take ownership of that time for himself and his endeavors. Well tell that to the household’s slaves because their time is verily forced from them and not of their own! Aside from that, sound advice to a friend if I do say so myself!

“What man can you show me who places any value on his time, who reckons the worth of each day, who understands that he is dying daily? For we are mistaken when we look forward to death; the major portion of death has already passed. Whatever years be behind us are in death’s hands.” – Seneca

This is the attitude people have towards their time allocated to them which passes them by day by day, they think it to be a renewable resource. Well unlike a renewable resource like meaning, which is always being reinvented, time is in fact a non-renewable resource, life does not come with an endless supply of the stuff! It’s constantly being spent like sand falling through the neck of a hourglass!

The fact that expended time cannot be recovered is not the problem here, the problem is the ignorance of thinking that it’s limitless. To some people it’s not worth any bit of consideration, they don’t recognise the worth of their time because their simply not aware. This is why Seneca flies in his diatribes against those who are not mindful of times’ worth.

So, our years that have gone by are now in death’s hands? Seneca seems to be using the word death in a different meaning here in the sense that, I think, that the past is as good as dead and does not exist anymore and moreover, it cannot be experienced again. I like how using the word death in this way as a rhetorical device is employed in persuading us to give a sense of urgency that time is ticking away.

“Therefore, Lucilius, do as you write me that you are doing: hold every hour in your grasp. Lay hold of to-day’s task, and you will not need to depend so much upon tomorrow’s. While we are postponing, life speeds by.” – Seneca

Seneca is saying that we must spend our time as efficiently and effectively as possible so as to save us further perturbations. Meeting deadlines for our jobs is a good example pertaining to our modern world, imagine the weight off your shoulders when you’ve finished the work to completion and there is nothing left for you to do but wait until the deadline, marvellous! So ‘Life speeds’ by and we must make the most of it lest we have our deathbed regrets!

“Nothing, Lucilius, is ours, except time. We were entrusted by nature with the ownership of this single thing, so fleeting and slippery that anyone who will can oust us from possession.” – Seneca

Time is something that we possess and yet it can be taken away from us, in antiquity a war band could attack your community and cast you into enslavement. In modern times, you commit a crime and the government makes you pay for it in the currency of your time and freedom; the price depending on the severity of the crime. To cherish your free time is to cherish your freedom; own your time and spend it wisely!

“What fools these mortals be! They allow the cheapest and most useless things, which can easily be replaced, to be charged in the reckoning, after they have acquired them; but they never regard themselves as in debt when they have received some of that precious commodity, – time! And yet time is the one loan which even a grateful recipient cannot repay.” – Seneca

I find this statement rather vague, what does constitute ‘the cheapest and most useless things, which can easily be replaced’? If it’s material wealth then I disagree, one man’s junk is another man’s treasure, it makes no difference if you filled your house to the brim with material wealth or lived a monk like existence with only the bare essentials for food, hygiene, warmth, shelter and a tin of fish for the cat! It makes a difference being worthwhile only when you have no regrets and no disappointments after acquiring said wealth. ‘yet time is the one loan which even a grateful recipient cannot repay.’ Hence what inspired the title of this article.

My best analogy for illustrating the value of time comes from the field of economics, of all things in this ‘dismal science’ there’s a concept called ‘opportunity cost’ which is ‘the loss of other alternatives when one alternative is chosen.’ In other words, when we purchase one item we forego other items that we could have purchased instead. For example, if you had £20 in your pocket and you’re facing a decision between buying two discount Blu-rays for £20 and one new movie that’s just been released on Blu-ray which is also £20, then the choice you make for one will always result in sacrificing the possession of the other.

Now you may say ‘I could go to the ATM, withdraw another £20 and end up possessing both items’ and in such as situation then I would say ‘yes, you can but here’s what I’m arguing that unlike money you cannot withdraw an extra 20 minutes of life and moreover spend the time you have on experiencing two things at once and when you do choose a particular endeavor and act on it the time spent on any endeavor is non-refundable‘

The path taken by you is a one way street my friend, I’m not here to tell you what a meaningful endeavor is! That is something for you to decide and whatever it is your planning, do give consideration to it. If you think playing World of Warcraft for eight hours, trading on the stock market or any other activity is worth your time then go for it as long as you have given it a little premeditative contemplation. Should you give any activity your premeditation before you actually do it, then you will have a preparedness on the outcome of that activity – for example, ‘I’m thinking that the best use of my time today is going out with my friends to the cinema because that will give me satisfaction’ – then whatever is the outcome, be it satisfying, disappointing or ‘meh’. Then at least there is the awareness brought about by premeditation to which a personal lesson can be learned from and what is the benefit of this? To mitigate regret and disappointment.

Stoicism condemns the ‘what if’ questions concerning the past as it leads to the path of regrets and disappointments. Stoicism says that we have no control over the past and it’s now nothing to us anymore we should live in the present moment, the only time that we really have. So stoic on!

I don’t want you having deathbed regrets at the age of 80 and thinking ‘What the hell did I do with my life!!!’ The time that you still have as your own cherish it and save it for worthwhile endeavors. When the curtains of your life’s end draw to a close, you will not say ‘where did it all go wrong?’ NO you will say ‘I have no regrets and preserve my peace of mind’ that, right there my friend, is the Stoic way.

Time and its importance is a theme peculiar to Seneca’s philosophy, his best work on time as a precious resource is on the ‘shortness of life’ which can be read here: 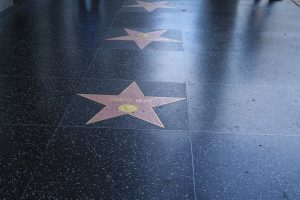 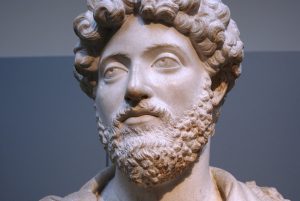 Next post Thoughts on The Meditations of Marcus Aurelius