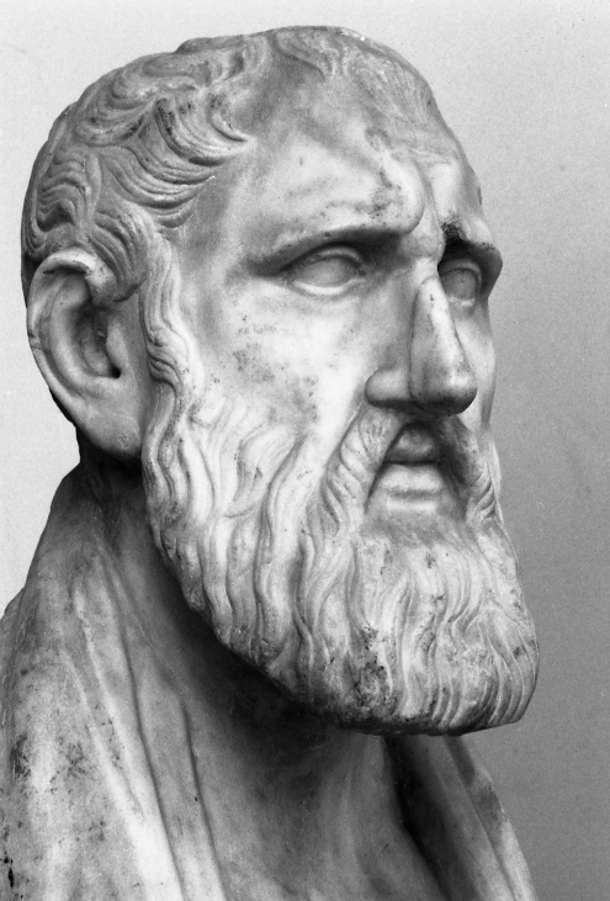 I wrote this article about three miscellaneous themes we encounter in life. Namely, goal directed behaviour (then I will be happy), fame and being at the receiving end of insults. The purpose is to raise awareness and gain greater understanding of these themes from the stoic perspective so that we gain or maintain apathia: freedom from afflictive emotions (pathos).

‘When I achieve this then I will be happy’ in the broadest brush, this is how most people think sub-consciously in relation to planned activities. Put in another way, this is goal directed behaviour and what is the goal? It’s satisfaction, stimulation and excitement. We may live for one pleasant experience, take a fondness to it and then seek to perfect it by attempting to live it again and again liberally adding as much satisfaction, stimulation and excitement as possible. Metaphorically speaking, we’re scaling to the summit of mount pleasure seeking for something we want to last. Examples? look around you! – people going to the cinema, latest consumer goods fresh from the shelf, visiting different cultures on holidays, drinking to inebriation with colleagues after work on weekends. 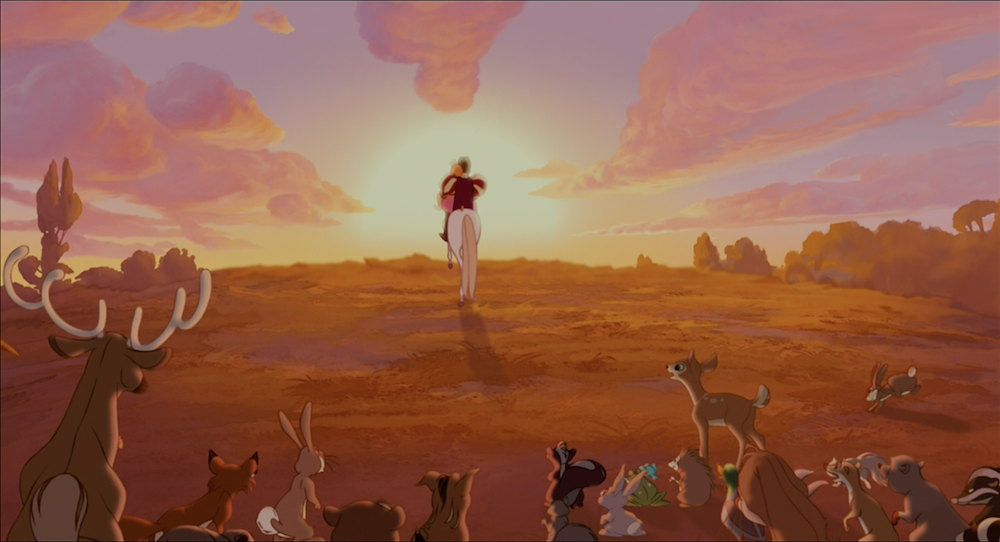 When the goal is achieved is it all ‘live happily ever after’ like in the fairy tale books?

You’re all familiar with the typical fairy tale ending, the hero and the princess ride off together on a white horse up the hill yonder towards the sunset, but if you’re familiar with the stoic attitude, that’s when all the arguments and relationship troubles start! Everything we attain always has a pinnacle and looking out from the precipice it’s only downhill from there. Stimulation and excitement are momentary, notice how long they last! It can be satisfying for a while and pleasing but it will eventually fade to be replaced with something else we find satisfying.

“Pleasure dies at the very moment it charms us most. It fades away as soon as its first impulse is over”

How long do these pleasurable impulses last? maybe a few minutes? The high achieved soon starts to drop down and then it all culminates in a crash. We then seek to recover that experience and live it again or find equally or more satisfying new ones. All these experiences come bound with positive states of mind and at the same time, they are not sustainable! That’s because they’re only satisfaction, stimulation and excitement – impulses that arise and then cease! Stop and think about this and realise that this is unreliable for long term happiness, because it is based on conditions that must be achieved which are by nature impermanent.

If one activity granted us long term happiness, then logically more and more of it would make us more and more happy without fail. Can we say eating a happy meal at McDonald’s one after another gives us increasingly greater happiness? It may give us a greater waistline, but not greater happiness, only satisfaction and that particular satisfaction has a limit; the limit being the capacity of our stomachs. If we could be satisfied with anything we would have been satisfied long ago, yet we continue to feverishly seek more, by means of different activities or material wealth.

We know it’s human nature to seek out new stimulating experiences, but stoicism says that it’s not absolutely necessary for us to garner new experiences in order to be happy. If our minds tell us we need this or that to be happy – then it’s only our minds telling us we need this or that to be happy. We would find it a great advantage for ourselves to understand the nature of our own personal psychology, but you can damn well be sure that the impermanence of satisfaction, stimulation and excitement is common to everyone. The satisfactory nature of sensual gratification is impermanent, both because sensuality in its very nature arises and ceases and mental states of the mind are impermanent.

We can appreciate the teachings stoic philosophy has prepared for us to not grasp at goals that do not deliver long-term happiness. I myself regard sensual pleasure as something useful, but not as a long term happiness. I know that once I got what I wanted, it won’t be long until I want something else; one goal achieved plants the seeds for a new one. Instead contentment with a tranquil, peaceful mind free of afflictive emotions and feelings, called Ataraxia in stoic jargon, has been the most reliable and sustainable happiness for me.

People are known to have aspirations to be someone important within their community, country or on the international stage. Fame comes in varying forms from taking on the role of a highly notorious celebrity or successful business owner running a multinational corporation – to what is more commonly achievable as a role of lower fame: like a manager or a local singer playing in bars who is only known well, locally! Fame, does not land in your lap… unless you inherit it (looking at you Prince George!). For most of us, attainment of fame and importance comes with trials packaged with gauntlets of difficulty, stress and vigorous effort on your part.

To get fame you have to work for favour from others which then means that you are too busy pleasing people to allow time to please yourself. Moreover, you create a commitment that forgoes other things that you could be doing instead. The pursuit of fame takes up all the time slots, freedom is sacrificed for the investment of a long-term goal, fame.

Fame means being known to large numbers of people right? People are also opinionated creatures and they may disapprove of you and write nasty comments about you in newspapers but it could also be vis-versa, you may also be revered and praised. So if you crave fame, the stoic advice is that you better prepare to start cherishing the positives more than the negatives because you will not be able to please everyone!

The stoic attitude, especially from Epictetus’ attitude towards fame, status and the craving for approval is one word; indifference. Indifference to social status because it causes the mind to lean on a dependence on something which is not entirely in our control as it’s something we only have partial control over since this always comes with its own set of risks. Think ‘if I get my fame… will I live happily ever after?’

Tips on “how do I deal with being insulted and slandered?”

Well being philosophies such as stoicism ideally attempts to address all situations that may happen to us in life. This time it gives us strategies in preparation to being on the receiving end of verbal insults and slander. Here are various strategies you can adopt in such events.

Next time you are insulted whether the offending comments are expected or unexpected take the frame of mind of a stone! I’ve never read that we should tolerate insults until I read Epictetus. Anyway, Epictetus says it like it is:

“what does it mean to be slandered? Stand by a stone and slander it: what effect will you produce? If a man then listens like a stone, what advantage has the slanderer? But if the slanderer has the weakness of him that he slanders to work upon, then he does achieve something.”

It’s age-old advice to ‘ignore them’ and ‘sticks and stones’ and so on. However take to listening like a marble statue and know that the slanderer is not profiting in his attempted efforts. Personally I would take the Diogenes of Sinope approach and still give insult but not listen to the comebacks like a stone at the same time – because a stone does not receive insults; it gives them when fired from a slingshot!

Epicurean philosophy guest stars here, well, what can a mostly metaphysical philosophy like this help in dealing with insults? Here’s a stab, imagine a scenario where you’re at the receiving end of insults, there is a person in front of you bellowing these insults in your general direction. So what happens? I would advise to adopt this epicurean attitude – view the person for what they are physically, as merely a conditioned assemblage of patterned atoms blowing agitated layers of air against another pattern of atoms that is yourself – by dispassionately using this reductionist approach, our attitude in seeing then for what they are as merely aggregates of atoms, is a way of disempowering the influence  in disrupting your peace of mind.

If you raise an eye brow at this then you’ve just tasted Epicurean philosophy where everything is reduced to an atomic perspective of things. Have fun pondering what part of the person is really insulting you as you drift from the school of life philosophy into metaphysics!

Why is a statement of fact an insult?

The Human body always will have its imperfections whether that’s baldness, wrinkles or skin infections etc. And problems in social life too of course! Anything, whether it’s trivial or glaringly conspicuous can be used as a weapon to insult you. So stoicism asks if those insults are pointing to a fact about ourselves then should we really get offended?

“Someone has made a joke about the baldness of my head, the weakness of my eyes, the thinness of my legs, the shortness of my stature; what insult is there in telling me that which everyone sees?” – Lucius Annaeus Seneca

Think of a scenario where you bumped your head accidentally and a visible bruise bloomed thereafter on the side of your forehead. You go to work next day and a colleague says ‘you have a bruise’ and another calls you ‘bruise face’ or something else of superior wit, they are highlighting and making fun of the fact you have a bruise on the side of you forehead. What you then do is pause… just pause, and think ‘why is it an insult to state an observed fact?’ If we treat the comment as a statement of a fact rather than an intentional attempt to get a rise out of us, then there is no need for our mind to be disturbed by it.

The approval of Mind

The same teasing remarks from our friend may be interpreted as insulting when coming from a stranger. It is not the insult in itself, but the attributed meaning your mind is giving to that insult which takes a stab at your peace of mind. In other words, it is your mind’s reaction that approves the anger, feelings of harm and annoyance that winds you up. What also gives an insult its power is if we believe it to be a bad truth about ourselves or something we care about. I think knowing this key concept will assist us very much in our pursuit to developing a formidable, disciplined and flexible mind free from afflictive emotions (pathos).

Irvine, A Guide To The Good Life: 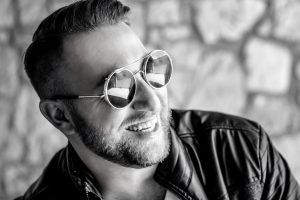