Laws… they are present in all manner of civilisations be they theological or secular.

We have the holy man’s act of preaching during a religious ceremony that God’s laws are the highest laws, the secular moral philosopher putting ink to paper arguing for his ideas on jurisprudence and the act of government passing legislation for all the citizens of the society to follow. All these are examples of the manifestations of laws.

However, you can stand up in the middle of a mass in church and call for God to strike you dead because of your atheism as Benito Mussolini in his youth did. You can contest secular moral arguments made by philosophers by counter-arguments with the consequence of, much to the philosopher’s chagrin, of deflating the air of authority surrounding his arguments. And you sure as hell can violate the legislations of society in manifold ways, just as many do every day.

There are consequences to challenging laws sure, especially the established laws of those in power (might makes right), but If something was to be described as the ultimate law wouldn’t it be described as something impossible to break let alone challenge? And if so then these latter three manifestations of law cannot be the fundamental or if you prefer the ultimate laws. The trouble about these latter three manifestations is that they are the product of human minds and anything that is of the human mind can always be contested. Let me be loud and clear about this:

The fundamental laws are not god’s laws!!!

The fundamental laws are not man-made laws!!!

The fundamental laws are not ideas!!!

So without further ado…

The laws of physics underpin all the waking phenomena of everyday life, governing the sights and sounds you see until retiring for bedtime. After you wake up from that dreamless sleep and consciousness rushes back to you in the awaking awareness of this world. The senses only show you matter and the extensions of three dimensional space, reminding you too are a creature of matter and extension occupying your own loci of space. The daily labours of everyday life is the product of the laws of physics.

For the laws of physics are of mindless indifference to the changes it causes, during summer time in ancient Greece the Sun on some days of the year can radiate out high temperature rays causing frustration, annoyance and famine to the people but there was no point in hating the Sun just like Herakles did in the ancient Greek myths when he ‘pulled his bow out and threatened to shoot at the Sun’. The Greeks may have believed the Sun was a god but no amount of sacrifices will change its behaviour. The Sun obeys nothing else except the dictates of the laws of physics, it saturated the Earth with its concatenations of infra-red, visible and ultraviolet electromagnetic radiation. Whether it benefitted the Greek sunbather on the beaches of Ithaca or aroused the ire of the son of Zeus, it gave it no more importance as did that asteroid responsible for the extinction of the dinosaurs 65 -66 million years ago.

The same indifference again, being given if a lowly serf farmer contracting his finger muscle on the trigger of his crossbow let fly the bolt as it was guided by the principles of ballistics met its mark by piercing the heart of the king. The laws of physics being “responsible” for the regicide is at the same time, being not of sentience, indifferent. The only consequences the serf farmer need fear is the reprisals from his own species not from the laws of physics of itself!

Man is as free as a bird in a cage; he can move within certain limits. Those “certain limits” are the laws of physics, inviolable and indomitable! We must ever play by these rules and live in accordance with nature and what better closing quote to end this article with other than Baron D’Holbach, the baron of French materialist philosophy, putting it straight on the mark:

“Men will always deceive themselves, while they abandon experience for systems hatched up by superstition. Man is the work of nature, he exists in nature. He is subject to its laws, he cannot free himself, he can never even rid himself of them in thought; vainly does his spirit seek to penetrate beyond the boundaries of the visible world; he must ever return to it” – Baron D’Holbach 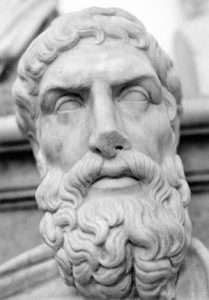 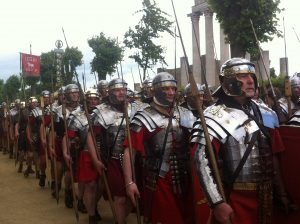