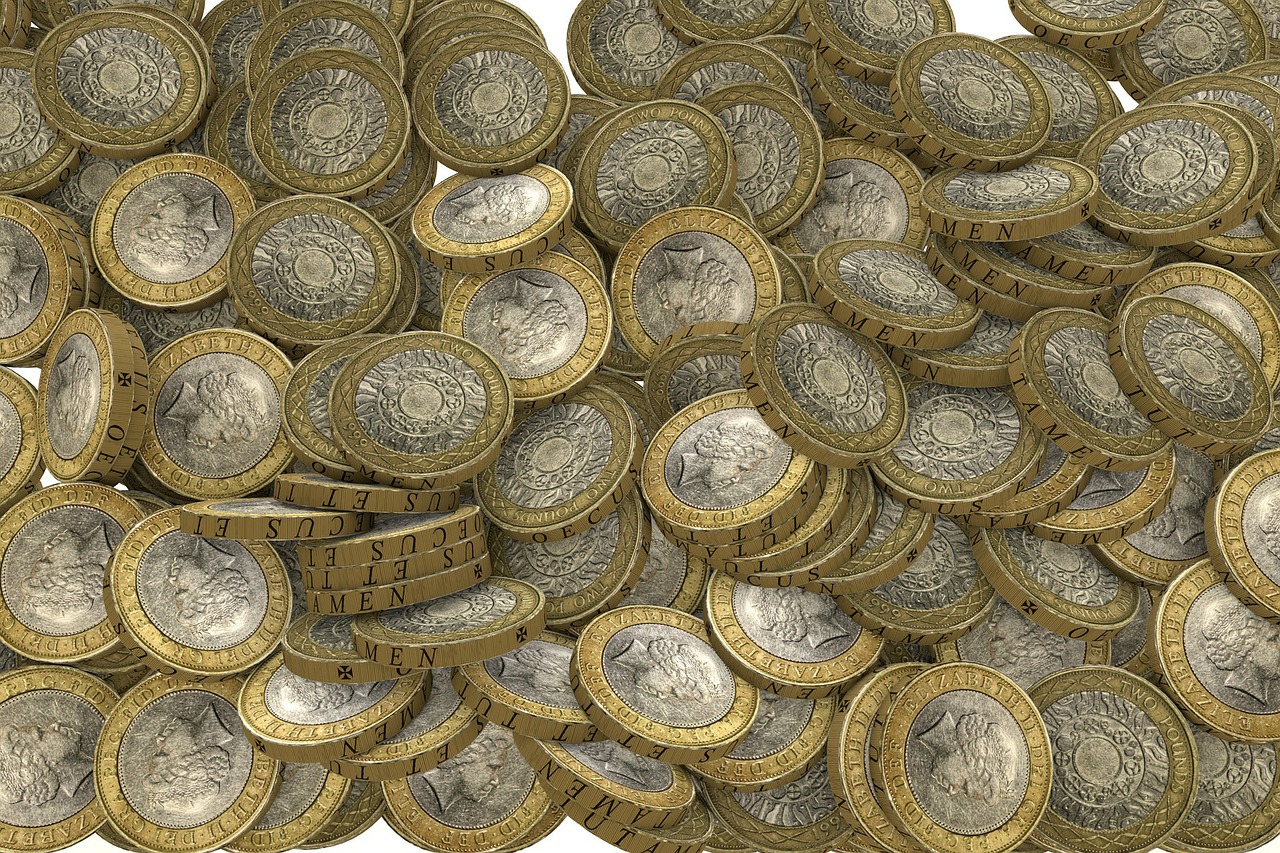 This is a speculative article originally published by Comicus Muo in the old Llanellitown.com website which later became the West Wales Chronicle and is included here as its still a relevant point of view and worthy of thought despite the fact that my opinion has changed slightly on this subject since this article was first published in 2013.

Quantitative Easing for All

After All you’d think that the function of government is to protect the people, but amazingly ordinary people in this modern and allegedly wealthy country are now facing up to the reality of choosing whether to put petrol in their cars or food in their cupboards or have the other choice of choosing to heat their homes or feeding the family.

Everyday ordinary folk across the country those ‘strivers’ that the government claim to love are increasingly being squeezed by the big energy companies who relentlessly put up the cost of gas and electricity, taking millions of pounds out of the economy as they do so and claiming it as profit.

It makes you wonder about the so called intelligence of our overlords in the downing street cabinet office that fail to understand that when prices go up and wages get pushed down there will be less money to go around in the economy, ergo people can’t spend as much as they like which nicely explains why there is no growth.

We don’t need bank lending to get the economy moving, our tragically low growth figures of recent years (as small as they are) represent an economy that was until recently improving despite the fact that the banks are still not lending as much as they should and as much as they promised.

One thing is certain however, it’s not the people’s fault yet we the people are being asked to carry the can for the financial ineptitude of our crop of ‘talented’ bankers.  Don’t forget these same people demand that they have obscene bonuses in order to attract the ‘top’ and therefore the best talent out there.

What narks me about this is that the rules of capitalism don’t seem to apply to them yet they insist that we the ordinary people live by the same rules.  I’m personally convinced that for every person willing to do a job for a million pounds there’s another thousand that will do the same job for half a million and beyond that a multitude of people who will do that same job for one hundred thousand pounds.  Yet we don’t see this in the world of banking, a world that that is as divorced from reality as an old re-run of Dallas or Dynasty.

Modern banking is a fantasy that has ensnared successive governments and many economists into believing that this false world of cocaine bonuses, sleazy money laundering, drug financing, wash trading, market manipulation, libor rigging and much, much more excess and greed than you can shake a stick at is the only game in town and is somehow or other the country’s premier industry and must be protected at all costs and that without the banking sector we wouldn’t have enough tax revenue to pay for all of those schools and hospitals we know and love.

Unsurprisingly I see it differently, I think that without the banking sector we’d all actually be better of without the market manipulation and wash trading that sends the the price of every commodity including food and petrol through the roof.

It’s like living in a house with a reckless gambler.  When he wins big he might treat you to nice meal or a night out, but when he loses you somehow or other have to remortgage your house and sell of everything you own to bail him out.    You might love someone enough to do this once, possibly twice, but repeated use of the ‘bailout’ has to be the epitome of an abusive relationship.

Who on earth wants to be in an abusive relationship?

If you were to kick the problem gambler out of the house suddenly everything would become predictable again you could reliably budget against your income and expenditure and work out a sensible plan to pay off your debt.  That’s why I personally advocate shutting down the entire banking sector and replacing it with a network of not for profit building societies and credit unions for ordinary lending alongside a highly regulated network of venture capitalists for business lending (in which they lend money in return for a share of the profits of the successful venture) much like the model of islamic finance used to rebuild the middle east.   If you can’t prove that your new idea or start up company isn’t going to be profitable you don’t get the money!  Simples….

Enter Abraham Lincoln who proved that there is another way, a way that has been used phenomenally successful before.  It’s a way that of generating money out of thin air that can be used to pay for all government spending, it can be used to stimulate the economy and to provide work for those who need it.

There’s plenty of work out there that needs to get done, the reason why it doesn’t get done or done that well is because no one is willing to pay for it, usually because there isn’t enough money to go around.

Well in the case of quantitative easing the government could simply create the money out of thin air and instead of giving it to the banks so that they can buy commodities with it and keep on inflating the economy with higher food, heating and petrol prices they could just use it to pay for all government spending.  How about funding HMRC with all of the people, cash and resources they need to collect taxes from the feral rich and the large international ‘mega-corps’

that make profits from our society but don’t want to invest in the same society by paying a fair amount of tax?

Think about it, there wouldn’t have to be a single cut and there would of course be plenty of money going around for infrastructure projects like new buildings, roads, railways and airports or new hospitals and services for the elderly and the very young.  If only the government had the courage or vision to create the money they need out of thin air.

Wait?  You might think that’s what happened in post war Germany or in Zimbabwe recently, we all remember the stories of wheelbarrows full of banknotes to buy a single loaf of bread whilst supermarket shelves remain empty due to the effects of economic collapse.  The remedy to this is of course taxation as a financial sink.  In a nutshell you collect taxes and destroy the collected money!  If you collect an equivalent amount of tax in the same year you do the quantitative easing then the economy can’t possibly inflate.  If it’s slightly less, the economy inflates a little bit.  If it’s a bit more then we get deflation.    At last we now have a simple lever the government can use to balance and control the economy and all they’ve got to do is collect taxes from those who can afford to pay them.  That means closing loopholes for the super rich and taxing all corporations on profits.  As an aside i’d like to go further with this and tax businesses on income generated not profits.  Google and Starbucks have been in the news recently for all of the wrong reasons, both companies claim that despite trading in the UK their profits are made elsewhere hence that’s why they don’t pay much tax.

Corporations are not people…

It seems fair, they spend money, it’s deducted from annual turnover and what’s left is called profit and that profit is what the government claims taxes from.   Funny how it doesn’t apply to me I can’t deduct my living expenses and costs of work from the income I derive from work and only pay the government taxes on the left overs.  As an employee my income tax is taken at source through PAYE (Pay As You Earn) which has to be the biggest con job in history as the rate I pay is based on my total income.  Why do corporations get the luxury of being able to deduct their ‘living costs’ and as such avoid paying tax?   Imagine how the government would react if you tried doing that!

Anyway a properly funded HMRC could find innovative ways of pursuing the feral rich and the feckless to collect enough tax revenue to balance the economy and prevent inflation.  It doesn’t have to include direct taxation either as existing taxes such as vat and duty on various purchases would also become economic sinks and allow for the destruction of money.

The value of money.

Money retains value because it is rare, thus it is morally wrong that the richest corporations in the world return so little of it to our society when other people so desperately need it.  In a system like this would encourage these same companies and individuals to invest their money in the economy and develop new products and services or stimulate new and emerging industries.

I know the rich would go nuts after seeing ‘their money’ destroyed in an economic sink, but it will ensure that the rank and file ordinary folk that have suffered in the financial collapse by the actions of the uncaring and feckless rich will never again have to worry about hospitals closing, there not being enough surgeons, or the prospect of their local A&E being replaced with a nurse led local accident unit or having to go to another country to have their babies delivered due to the astounding pressure on the health service (this routinely happens in wales).  Fire stations could keep on protecting and rescuing the public from terrible dangers and the police could afford to put a bobby on the beat, or every street corner with footpatrols past everyone’s front door.

Meanwhile the government could afford to stimulate and invest in new industries and employ more people around the country revitalising entire economic dead zones and bring hope to people who until now have been resigned to a life of poverty wages in the modern equivalent of sweatshops in the UK.

Badly performing monopolies such as the energy giants and the rail network could be re-privatised and forced to run properly again like the highly successful east coast mainline without it costing the average uk citizen a single penny, because the money can be created out of thin air.  Indeed the citizenry would benefit in terms of jobs, skills and decent wages if they are involved in the project.

This isn’t about punishing the rich or cramping their lifestyle, but it is about fairness and balance and enabling everyone the golden opportunity to work productively and enjoy a quality of life that is actually worth having.  Neither is this about power, because this proposal returns power to the people who should have it.  Our elected representatives in parliament, not our unelected and unrepresentative bankers in London and Wall St!

I could go on all day, so I won’t, but I do hope that you the reader consider this on it’s merits and demand of your MPs and elected representatives that they bail-in the people perform quantitative easing for the masses and rebalance the economy and provide some hope for a brighter future  in doing so. 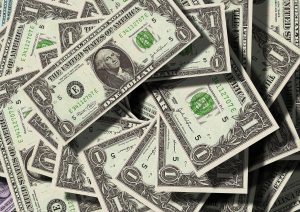 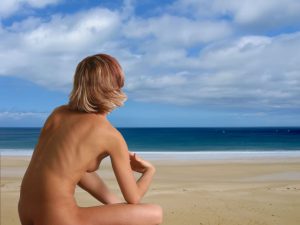