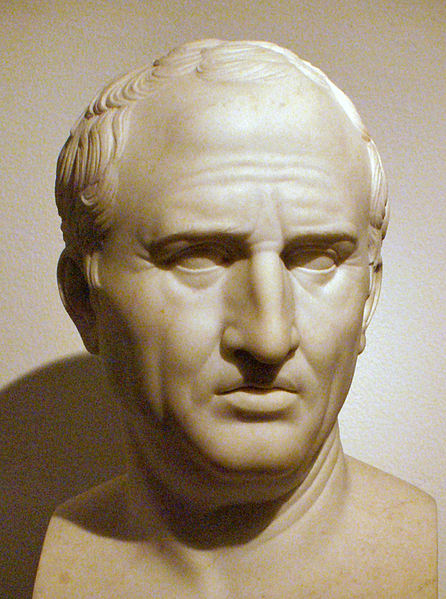 The previous paradox stated that virtue is the only good and if virtue is the only good then logically virtue alone is sufficient for happiness and that is what paradox 2 is all about. It’s a short essay being no more than 3 pages long! On the flip side though there is much content that can be elaborated provided you peruse it carefully. So onwards we go with the commentaries!

Cicero begins by admiring the Consul Marcus Regulus, who fought against the Carthaginians in the first Punic War. Cicero tells us about Regulus maintaining his spirit even when he was captured and undergoing torture by Rome’s most hated enemy at the time. Not one of his traits namely; authority, honour, resolution, virtue, nor his soul suffered the torment; ‘for a soul with the guard and retinue of so many virtues, never surely could be taken, though his body was made captive.’

Those that doubt that virtue cannot aid in those sorts of situations in helping to maintain our wellbeing Cicero has this to say to them:

“Thou knowest not, foolish man, thou knowest not what power virtue possesses; thou only usurpest the name of virtue; thou art a stranger to her influence”

The virtuous man who is consistent with himself will be happier than the man who hopes that fortune will go his own way. If I was to argue for virtue, this would be my argument:

Therefore virtue is immune to the dictates of fortune. The word virtue, reading Cicero and Stoic literature, encompasses more than the colloquial definition of a high standard of “moral excellence” they are personality traits, ethical practise and attitude which toughens the mind.

On hoping for fortune to go our way

“the man whose every hope and scheme and design depend upon fortune, such a man can have no certainty; – can possess nothing assured to him as destined to continue for a single day.”

The bounties of fortune are random and impermanent there is no guarantee that the ongoing interplay of physics and reality will unfold in a way that is favourable to anyone. The trouble here is we create our expectations by our own mind and then later when those said expectations are not manifest; we suffer as a result.

Those that rely on fortune and not virtue, Cicero argues, are more susceptible to threats of death and exile and become terrified. Cicero of course declares himself both indifferent and at the same time does not refuse the possibility of death or exile dispelling perturbations of mental wellbeing:

“Whatever can happen to me in so ungrateful a country, will find me not only not opposing , but even not refusing it…Do you threaten me with death? Which is separating me from mankind? Or with exile, which is removing me from the wicked? Death is dreadful to the man whose all is extinguished with his life; but not to him whose glory never can die. Exile is terrible to those who have, as it were, a circumscribed habitation; but not to those who look upon the whole globe, but as one city”

“As no man can be happy if he is wicked, foolish, or indolent; so no man can be wretched, if he is virtuous, brave, and wise. Glorious is the life of that man whose virtues and practise are praiseworthy; nor indeed ought that life to be escaped from which is deserving of praise; though it might well be if it were a wretched one. We are therefore to look upon whatever is worthy of praise as at once happy, prosperous, and desirable”

This is the last sentence of the paradox, I have much in terms of evaluations to give it. Cicero says ‘no man can be happy if he is wicked, foolish, or indolent’ Yet on the wickedness aspect I encounter this quote by Genghis Khan:

“The greatest happiness is to vanquish your enemies, to chase them before you, to rob them of their wealth, to see those dear to them bathed in tears, to clasp to your bosom their wives and daughters.”

The fact that a person was happy on inflicted wickedness negates the idea that they cannot be happy because of it. This statement of Cicero’s would be guaranteed to work if, on the flip side, he included societal consequences for wickedness (none was implied in this paradox) such as the presence of law and order in which those wrongdoers who are wicked will find themselves very miserable indeed! Foolishness, being unwise, makes bad decisions leading us into situations that don’t promote our happiness, so I’m with Cicero on that one! Indolence, I interpret here as living a sedentary lifestyle though pleasant in moderation; too much of it can be taxing on our physical and mental wellbeing.

‘Glorious is the life of that man whose virtues and practise are praiseworthy; nor indeed ought that life to be escaped from which is deserving of praise; though it might well be if it were a wretched one ‘ Notice that practiced virtue, it seems, is always linked to an individual being a social boon to society, as a utilitarian agent that gets his pat on the back and is approved by his peers; ensuring he receives renown for his deeds. On the other hand I cast a cynical eye, I see celebrities pursuing philanthropy as a means to procure good PR. It should be asked would they still pursue their charitable deeds if the cameras were not rolling?

‘We are therefore to look upon whatever is worthy of praise as at once happy, prosperous, and desirable’ All this talk on virtue being prosperous to society and praising those Roman men who performed monumental scale deeds on behalf of the people of Rome – leads me to think this is a reflection of Cicero’s ethics developed from his role as statesmen working in many levels of Roman government for he served the public in matters of law and finance (he served as quaestor in Sicily). Virtue is its own reward to the one that performs them, their deeds are looked upon as worthy of praise; again virtue implies being a productive member of society; but it’s only a boon to society if the individual possesses those personality traits and acts on them in the first place. Nevertheless I think here virtue is its own reward because the virtuous deeds you commit is rewarded by those that are indebted to you, gaining their trust and praise – with the additional possibility of renown also known as kleos in the ancient world! 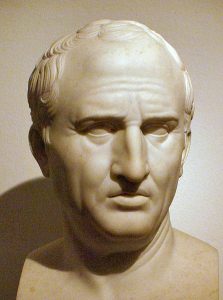