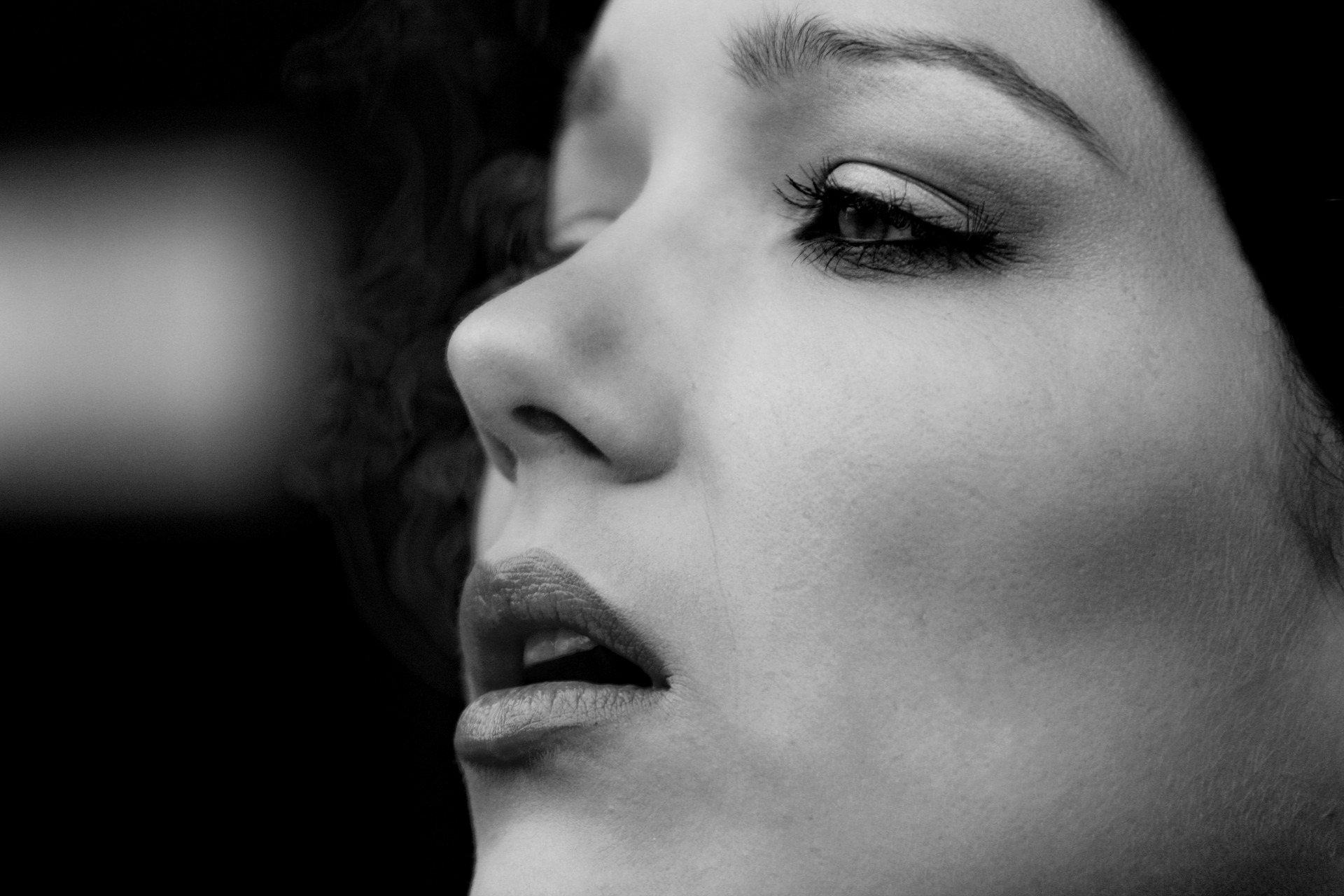 The world is an incredibly complex place and can often be bewildering and frightening.

Indeed it can be so complex and so chaotically wonderful that many of us can struggle to cope with all that is going on which can make us feel anxious, fearful, angry or depressed.

The human organism has been programmed biologically over hundreds of thousands of years of evolution to look for things that might threaten its survival and avoid them if possible.

The things that it can’t avoid, it must then control or seek to overcome, only then can the human organism relax, but what if it can’t control everything you may well ask?

“Wild animals run from the dangers they actually see, and once they have escaped them worry no more. We, however, are tormented alike by what is past and what is to come. A number of our blessings do us harm, for memory brings back the agony of fear while foresight brings it on prematurely. No one confines his unhappiness to the present.”

― Seneca, Letters from a Stoic

It’s a failure to see the obvious, namely that you can’t do it all, manage it all and cope with it all and that it would be wrong for you to try, despite what your boss, spouse and friends may say, demand or want to be done.

Stress triggers the production of the hormone cortisol which if you get enough of it can damage the brain and affect your ability to remember, in addition to making it difficult to manage your emotions so it’s only fitting that we turn our attention to stress first before moving on to other mental states that we can not only master but avoid totally with the correct disposition of mind, else we will suffer the complications of Cortisol, which raises blood pressure, weakens the immune system, encourages the build up of abdominal fat and breaks down lean muscle in addition to inhibiting thyroid production, making it one of the worst things to be constantly exposed to.

Whilst the ancient Stoics may not have known about the specifics of the stress hormone ‘cortisol,’ they did know all about stress in general and like any other mental factor were determined to master it, indeed you can argue that they were wildly successful when it came to the management of all things mental.

They understood that the stresses of everyday life could be negated with a simple but effective change of attitude, effectively making you not only a better person but a different more capable person.

“If you really want to escape the things that harass you, what you’re needing is not to be in a different place but to be a different person.”

― Seneca, Letters from a Stoic

The genius of the Stoics was the recognition that most events happened beyond your control and as such, it was pointless to waste any mental energies on them.

“we suffer more often in imagination than in reality.”

If it’s beyond your control ignore it!

Worrying or being anxious about the stuff that you cannot control was in ancient times and still is today pointless!

It naturally follows that you should turn your attention and solve the problems over which you have one hundred percent influence before looking at improving the situation when it comes to those that you have moderate influence or control over.

Those for which you have no control at all, simply eject them from your mind, give them no attention, do not heed their call. It’s time to practice stoic indifference (apatheia) and be not mindful of the things that you cannot change.

For example, a man might be upset and anxious over the possibility that others might not like him, he might then ask himself if he has any control or influence over the perception of others, banding them into the three categories of total influence, partial influence and no influence.

For those people that he has absolutely no influence over then, he shouldn’t give the matter any more thought, what they think of him is entirely up to them. It’s their mind and what they do with it, is their choice.

Likewise, if there are people that he interacts with regularly whose good graces he’d like to elicit, he might simply decide that he has some influence over their feelings for him and resolve to do his best to become a kinder, more considerate and better friend, father or co-worker.

He might see the results of such positive changes straight away or he may have to wait for the efforts of his labours to ripen, but ripen they will if his effort is continuous and sincere.

Our fictitious man should also recognise that he doesn’t have and never will have total control over the perceptions, feelings and appreciations of any other human being and it simply isn’t possible to be liked by everyone.

This is especially relevant when it comes to the stoic love of virtue. It’s often noted that a crook cannot stand the company of an honest man because he reminds him of all that he has lost.

Indeed this incredibly powerful technique of practising indifference to the things that we cannot control or influence is so good that it can be applied to almost all things and is a step in the right direction as it at once removes needless complexity from your mental scenery making it easier to deal with.

Remove complexity from your life.

One of the biggest causes of stress is undoubtedly the pace and franticness of modern life, there’s simply too many things to do and not enough time to do them.

Without realising it the problem we are wrestling with is one of complexity. The world looks incredibly complex all of which feeds into a general sense of being overwhelmed and unable to prioritise that which is most urgent.

Step away, zoom out and view your problems as if from a bird’s eye view or better yet from the point of view of the Gods.

Now consider your problems are they really that serious when seen from far away. A modern point of view might be to imagine oneself standing on the moon and looking down at the earth, from this difference everything looks trivial and meaningless.

Inflating the frame of reference not only makes our problems look smaller and less imposing than they really are, but it also makes everything else that surrounds them feel exactly the same, meaningless and uninspiring when compared to eternity.

Things are only meaningful to ourselves, when seen from afar we see them in their true state as worthless noise and chatter that distracts us from our greatest price, that of peace of mind.

In that regard, pay no attention to the opinions of others.

“We cannot control the evil tongues of others; but a good life enables us to disregard them.”

As mentioned previously, it’s their mind, what they do with it is up to them. There’s only one opinion on any given subject that you should listen to and that is the one that occupies the space in your head and whilst it’s nice or flattering to have the approval of others you should be prepared to exist without it and to function normally when condemned by others.

The mob is a vicious and feral beast, to say the least, and it can change from love to hate in the flick of a switch. It should be your observation that people naturally form groups, cliques and crowds that give rise to a mob mentality in which the person with the loudest voice and the lowest IQ has the greatest influence.

Seneca also recognised that the mob or the crowd could influence the most moderate of men to greed, lust and violence and recommended that they are avoided.

“To consort with the crowd is harmful; there is no person who does not make some vice attractive to us, or stamp it upon us, or taint us unconsciously therewith. Certainly, the greater the mob with which we mingle, the greater the danger. … I mean that I come home more greedy, more ambitious, more voluptuous, and even more cruel and inhuman, because I have been among human beings.”

A stoic would simply advise you to keep company with good souls that enrich you and are good company. No man needs the counsel or company of bad friends, bad work colleagues or bad neighbours.

Don’t bother, or spend time with people that diminish you.

Value what you have…

Another worthwhile stoic practice was to visualise all that you have and enjoy and imagine what it would be like to lose it all. The technique of Stoic negative visualisation is a powerful tool that is designed to make you feel appreciative and grateful for all that you have.

Whilst it might seem to be counter intuitive or unduly pessimistic to imagine your life in flames, every possession gone or just your favourite ones lost to time and entropy it really does work to improve your sense of wealth and well-being. We’re all much better off than we think and often overlook the things that are important in this life.

It should at the very least remind you that nothing lasts forever and that you should enjoy all of your blessings whilst you still can because one day fate or fortune may take them away from you and then where would you be?

It also has the unexpected benefit of strengthening your resilience so that if you do lose everything then you will find the strength to cope as you’ve already rehearsed the scenario many, many times.

“When Zeno received news of a shipwreck and heard that all his luggage had been sunk he said, “Fortune bids me to be a less encumbered philosopher.”

You will be the shoulder to cry on at a funeral and a reliable human being. You will be the strong man or woman in the family that everyone turns to when the chips are down because you will be the one with the plan already fully formed and ready to go that will provide order out of chaos and direction when it’s most needed.

You will in your own way become a leader of men.

So to reiterate you can banish anxiety from your life by only paying attention to that which you can influence, changing how you perceive it with the Gods eye view, avoiding people that dimish you and by valuing what you have and learning how to cope with the worst thanks to stoic visualisation.

The ancient stoics were princes amongst men, true sages, masters of human nature and true sages that can teach us all much. 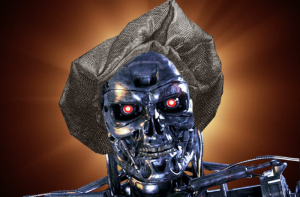 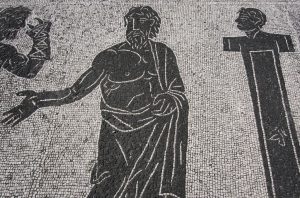 Next post Life Philosophy – What is it and why should we care?