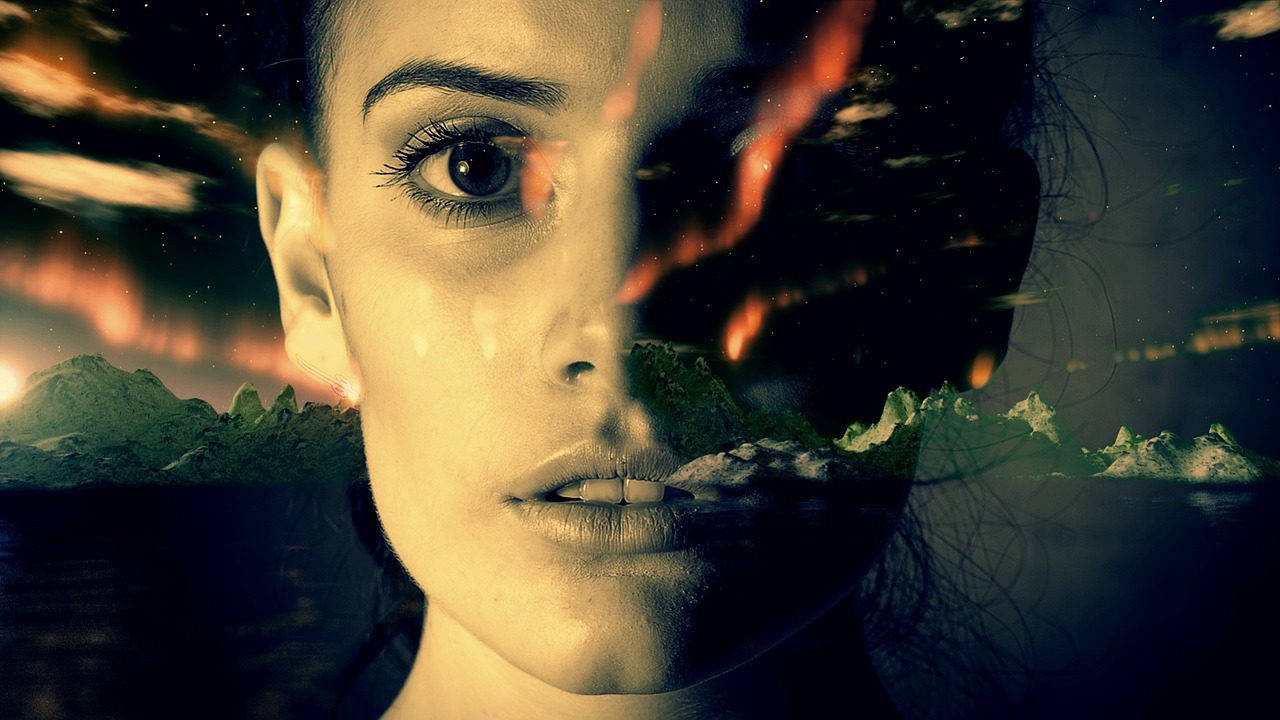 One of the great things about Stoicism, is that it helpfully puts its practitioners at ease with the world around them, a world that can often be cruel, unkind, unjust and just about awful in so many ways that the non-philosophical amongst us can be easily driven to give up on life and end it all.

Suicide comes in many forms, whether it’s jumping off a bridge into the cold depths of the river below, overdosing on alcohol and pills in the hope of quietly slipping away from this life or worse yet the long drawn out mental decay of near permanent depression. A state in which the body is condemned to live but the mind dies.

“Disgraceful: for the soul to give up when the body is still going strong.”

The latter concerns me greatly because I have suffered crippling bouts of long-term depression throughout my entire life. Sometimes when things have been going well, other times for obvious reasons like stress, financial constraints or betrayal.

Depression is one of many things that I would not wish anyone else to experience. Those who have experienced it will understand my sentiment. The causes of depression are many and varied, but aside from the stresses of work, financial strife or the pressure of unwelcome commitments, the next biggest cause of prolonged and ongoing sadness in general for all people is damage to one’s ego from personal slights and the low opinions of others.

Thankfully this is something that we can change. Stoicism is excellent for the mind, a few quiet moments each day where we can give thanks for the good people that we know, those great role models and bastions of kindness and compassion that we admire and love for their talents, skills and humanity instantly lifts the bleakest attitude.

We wouldn’t consider everyone that we meet and deal with throughout our busy work-a-day lives to be role models, quite the opposite in fact. The world seems full of people that go out of their way to be unpleasant, unkind or cruel, or at least it might seem that way to the uninitiated.

“Why do other souls—unskilled, untrained—disturb the soul with skill and understanding?”

The one thing that my studies of philosophy have taught me is that most of us have unrealistic expectations of the people around us, we expect them to be good all of the time, despite the fact that most people we know do not have a consistent philosophy within them that would encourage this.

Instead, they are made up of conflicting concepts, values and ethics that come into play in various situations. In other words, that which they deem to be good varies by place and time and is only consistent when those circumstances can be repeated.

I.e a man finds a wallet in the street, he might check to see if there are money and credit cards inside or the owner’s contact details. He contacts the owner and returns it to him not expecting any reward.

Now let’s say that the man is on hard times, short of money, and finds the same wallet in the same circumstances, looking inside he might pocket the cash, thanking the gods for the sudden infusion of extra wealth into his life.

This may lead him to destroy the credit cards and discard the wallet, having kept the money. A whole host of actions might arise from this scenario but rarely does such a man experience anything other than a quick stab of guilt or sometimes not even that! Needs must, in his mind, his virtue remains intact. He’s unaware that his inner philosophy is made up of conflicting values.

“Poverty is the mother of crime.”

A stoic would, of course, return the wallet with all of its contents regardless of his own personal circumstances, wealth or lack thereof. This example is just a simple way of showing that most people rarely stop to even think of their virtue or where their values come from or even what it is to live a good life.

What I’m getting at is that we frequently find ourselves to be in the company of people that we might like and consider to be good who can easily be bad when the circumstances allow for it.

Very often they don’t understand how the others around them are shocked or bothered when ‘the stars align,’ and they act stupidly, selfishly or to the detriment of their friends, colleagues and loved ones who have just witnessed something they’d rather hadn’t happened or didn’t exist.

This is why a great piece of stoic advice is to not judge others on their words but on their deeds in the full and frank understanding that your deeds are also up for judgement, a sentiment echoed by Marcus Aurelius when he said:

“To stop talking about what the good man is like, and just be one.”

So within this life, with all of its difficulties and glories, there are people who have conflicting values that spend time with other people who have similarly conflicted standards who then become sad when conflict inevitably arises. They’ve made the mistake of expecting good things from bad people or circumstances.

“That to expect a bad person not to harm others is like expecting fig trees not to secrete juice, babies not to cry, horses not to neigh—the inevitable not to happen

Their friends may do something that they disapprove of that directly harms their interests. It might even be enough to end the friendship, both sides of the dispute may blame the other and see themselves as righteous (a fact well known to the stoic emperor of Rome Marcus Aurelius, hence he begins book 2 of his meditations with one of the most famous paragraphs in philosophy).

“When you wake up in the morning, tell yourself: The people I deal with today will be meddling, ungrateful, arrogant, dishonest, jealous and surly. They are like this because they can’t tell good from evil. But I have seen the beauty of good, and the ugliness of evil, and have recognised that the wrongdoer has a nature related to my own—not of the same blood or birth, but the same mind, and possessing a share of the divine. And so none of them can hurt me. No one can implicate me in ugliness. Nor can I feel angry at my relative, or hate him. We were born to work together like feet, hands, and eyes, like the two rows of teeth, upper and lower. To obstruct each other is unnatural. To feel anger at someone, turn your back on him: these are obstructions.”

In other words what Marcus is asking us to do or more correctly telling himself to do, is to accept that people are flawed. That they can’t always tell good from evil, vice from virtue and that they are not too dissimilar from ourselves. Our natures are the same and equally divine. Yet rarely does anyone see him or herself as the villain of the piece.

If you bear this in mind, none of them can hurt you, implicate you in unpleasantness and neither can you hate them or feel angry at them, because at a fundamental level we’re all so similar as to be the same. We can all be equally liable to do the same if the circumstances are right, particularly if we know nothing of philosophy and the pursuit of wisdom and virtue.

So you have to go through the day being mindful of the imperfections of others. There’s an element of pessimism to this; if you expect the worst of your fellow human beings and it happens, well there’s no need to be disturbed by it. All is as you expected it to be. Likewise, if they behave in a way that is principled then you can be pleasantly surprised.

This is far better for the mind than you might think. Taking the world at face value is good for mental health!

In the mind of a stoic, there is no expectation of the innate goodness or lack of it in others. Thus it is simply not possible to be angry or disappointed at the actions, doings or sayings of the people that we interact with removing them as a potential source of depression.

“What else could they do—with that sort of character?”

So to return to our analogy of the lost wallet, if a stoic was to lose his wallet, he would expect never to see it again, he’d have to expect that the cash would be taken and have to cancel and replace any credit cards. He’d have to accept that someone else may pocket his hard earned money, this would be normal to him, so much so that should someone contact him to return the wallet with its contents intact then he could be pleasantly surprised by the unexpected display of honesty from a place where he expects none.

To feel hurt, injured or angry that the wallet hasn’t been returned, or has been returned minus the money would be a waste of mental energy, the outcome would be the same, a point perfectly illustrated by Marcus when he says that:

“People who feel hurt and resentment: picture them as the pig at the sacrifice, kicking and squealing all the way.”

Presumably with the same inevitable result, despite the squealing, the pig’s end will come soon enough.

Likewise, you have to expect that people will let you down, that there will be times when they will be unpleasant, insulting and that they may even betray you and your interests.

Expect the worst but encourage the best by your deeds and actions, live the philosophical life, pursue wisdom and fairness through the correct use of your rational faculty.

When something comes to your attention that you do not like, take time to consider it from as many angles as you can. Use your rational faculty to understand the causes.

“At all times, look at the thing itself—the thing behind the appearance—and unpack it by analysis:

And the length of time it exists”

And be prepared to revise your own opinions about the matter.

“Throw out your misperceptions and you’ll be fine. (And who’s stopping you from throwing them out?)

In short live a stoic life in accordance with Nature!

Marcus offers us a final piece of advice in book 12 of his meditations that puts the ball firmly back in our court.

“If you’re still angry, then get to work on that.” 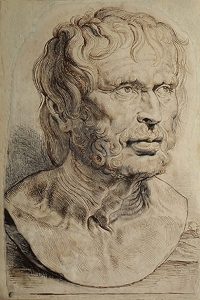 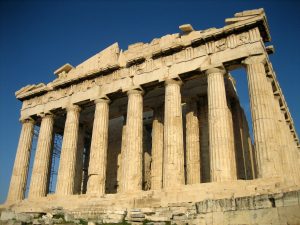